How To Pick Your First RUPES Polisher

Since its inception, BigFoot has grown to include three polishing movements and four systems:

Dual-Action Random Orbital: This range of tools includes the "15" and "21" Mark II's, the Duetto, the Mini, and comprises two of the three Nano movements. All BigFoot Random Orbital Polishers feature a large diameter orbit, which means they move the pad a great distance per revolution. This style of polisher features a driven orbital action, but the rotation of the pad is free spinning.

Random orbital polishers don't create swirl marks, are the least likely movement to damage paint, and with the correct orbit size and pad/compound system, can deliver awesome results in as little as one step.

Traditionally, random orbital polishers feature an orbital diameter of 5/16th of an inch, or 8 mm. The BigFoot Mini, BigFoot Duetto, and Nano feature an orbital diameter of 12 mm. This provides a boost of up to 50% in polishing speed. The "15" features a 15 mm orbit diameter; or nearly double of a traditional orbital polisher. The "21" receives its name from the massive 21 mm orbit, which almost three times the power of a traditional orbital. This increase in movement requires specifically designed polishing pads that can deliver the tool's action to the paint as well as balance the vibration inherent to any orbital tool's design. RUPES also designed specific polishing compounds tuned to the random orbital movement and designed to ride the surface of the pad. There is another system called the Triple Action which utilizes the random orbital movement, but uses an epicyclical gear assemble to double the torque of the tool. This is an innovation for air-powered tools but is not pertinent to our discussion. 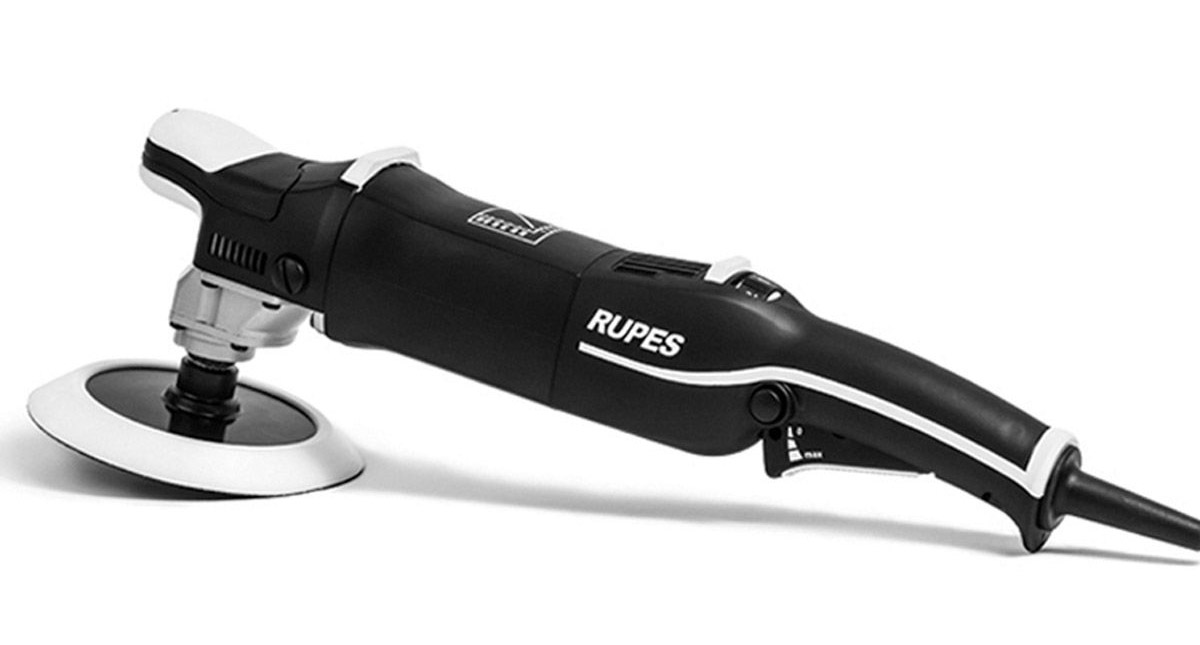 Rotary: The rotary polisher is likely the oldest polisher style and the simplest. You squeeze a trigger (or move a dial or both) and the pad rotates at a different rate. The RUPES BigFoot is lightweight, extremely powerful, and can run at very low RPM's without overheating. It features a specific set of pads designed to maximize the power of a rotary and cutting-edge polishing compounds. The learning curve or rotary is rather steep and typically best suited for professional operators. 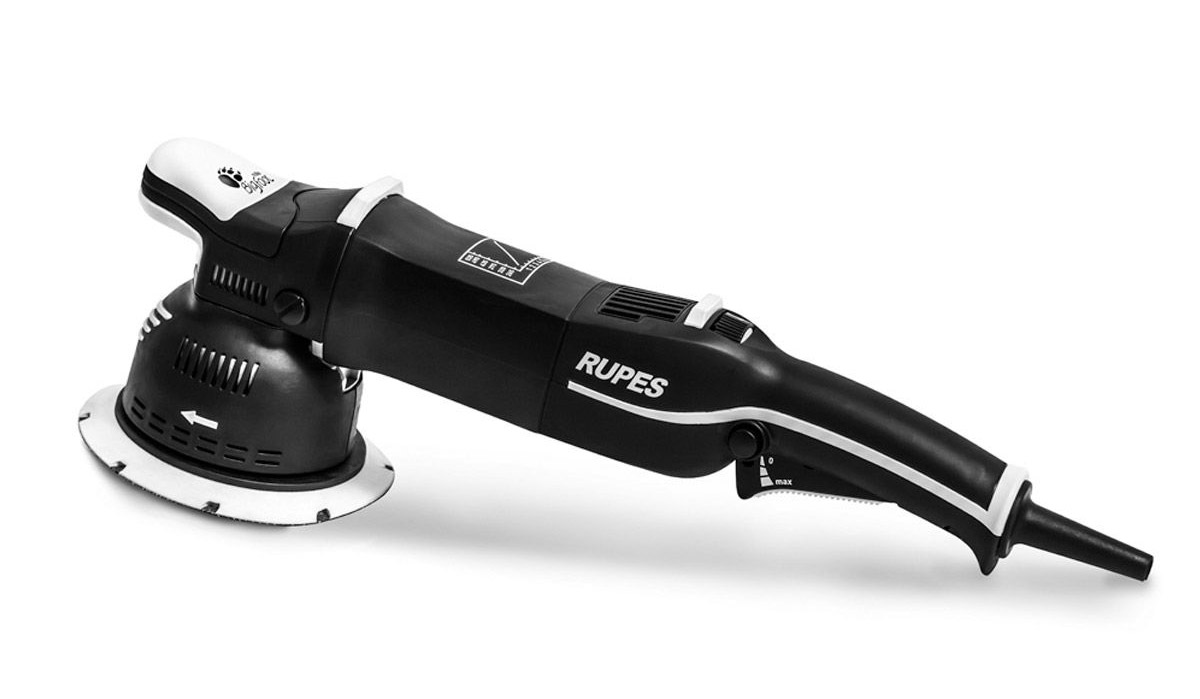 Gear Driven: Gear-driven orbital polishers strike a balance between the free-spinning movement of a random orbital polisher and powerful rotation of a rotary polisher. This unique polisher category features both an orbital action and rotary action that is locked together inside the tool. They are not quite as safe as a random orbital and can sometimes create a swirl-like polishing mark. They are not quite as powerful as the fast-moving rotary, but they are much safer.

Traditionally, gear-driven orbital polishers have been hard to control, vibrating and running hot as they drag you across the paint. The forced rotational movement made them a great choice for concave surfaces and edgework. The BigFoot Mille is RUPES' engineering marvel in this category. The size of the orbit, the number of orbits per rotation, and the RPM range have all been tuned to reduce (or eliminate) the drawbacks normal to this movement. RUPES then developed polishing compounds and pads which are tuned to give the user the smoothest experience possible.

Now that you're familiar with the different types of RUPES polishers, you can find which one fits your needs best. If you are only detailing your car and the cars of your friends and family, you probably don't need to invest in the high-powered rotary polisher – those needs are better met with the RUPES LHR 15 or 21 or the RUPES Mille and don't have the potential to harm your paint.