How to Remove Bugs From Car 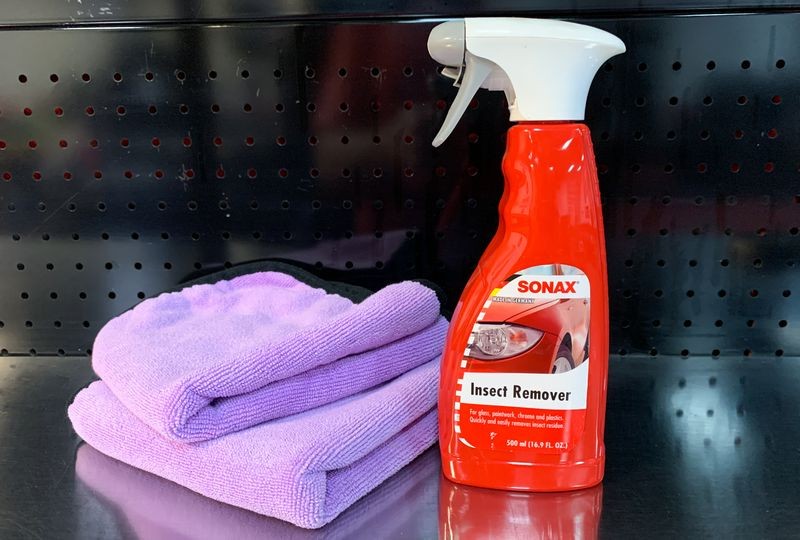 What is it?
A spray on liquid that uses an enzyme to chemically dissolve bug guts.

What does it do?
Dissolves and re-liquefies dried bug guts so they can be wiped off or washed off.

When do I use it?
Whenever you discover bug splatter on your car's exterior.

Why should I use it?
To prevent damage to your car's paint via the acidic and corrosive characteristics of bug guts.

So my brother-in-law PJ dropped his boat and truck off yesterday for some upcoming projects. I walked outside to greet him and as I walked by the front of the truck I saw what must have been a HUGE FREAKING BUG!

Here's the front of the truck. See it? 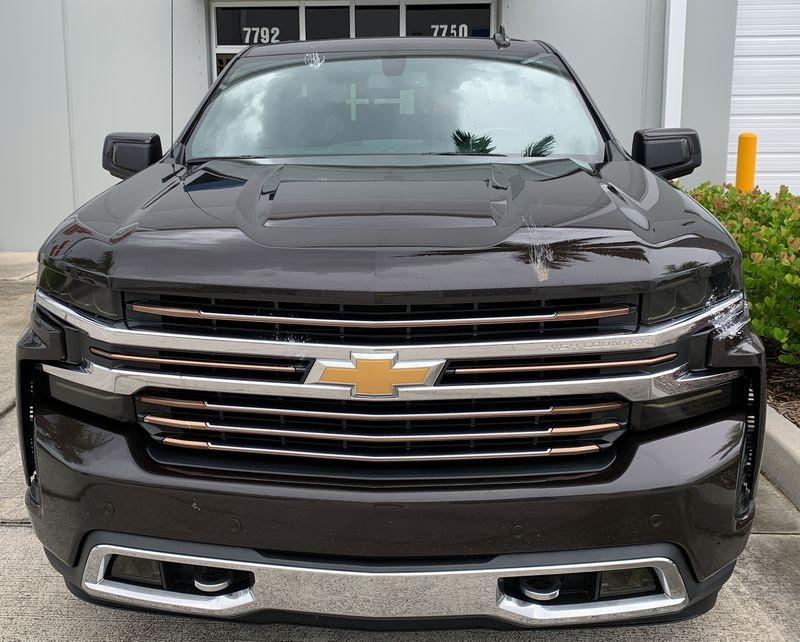 Now remember - this is just the GUTS. This means the bug had to be much larger! 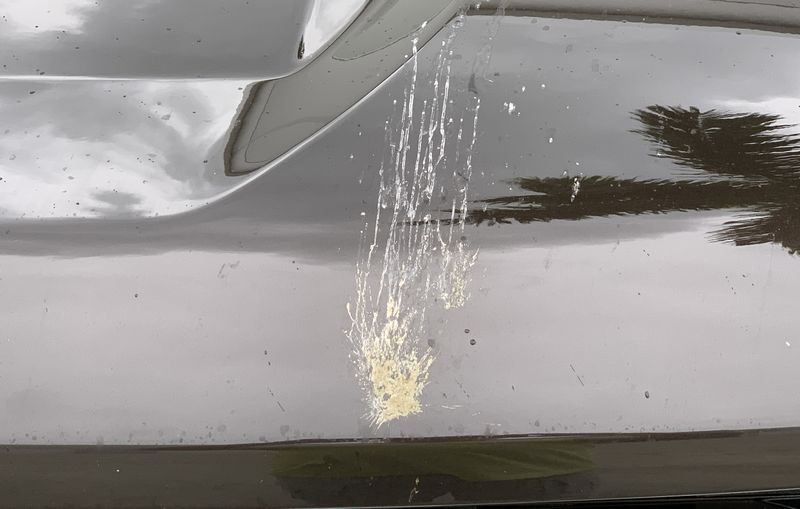 These bug guts appeared to be fully dried. There was no liquidity or goo to the guts at all. That stuff was a dry as bones in the desert.

One thing that works against fossil fuel powered vehicles is the engine HEAT that is generated, which is transferred to the sheet metal hood where it plus the Florida sun bakes dead bugs on hard. 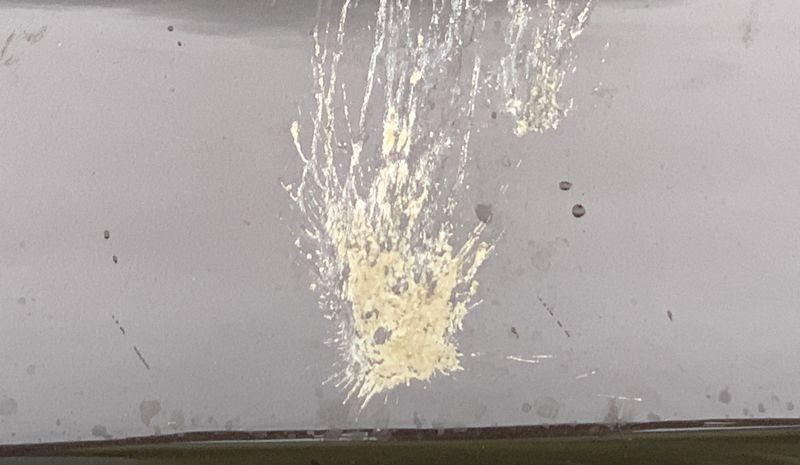 The acids in bug guts can be so corrosive that they will eat or etch through the urethane clearcoat finish right through to the basecoat. Once this happens - it's game over. You then have two choices:

Neither are going to make you happy.

REMOVE THE BUG GUTS AS FAST AS HUMANLY POSSIBLE!

Because I like my brother-in-law, he's a cool cat, and knowing the SONAX Insect Remover is just inside the garage, I walked as fast as I can and grabbed the Insect Remover and a couple of clean microfiber towels and went to work. 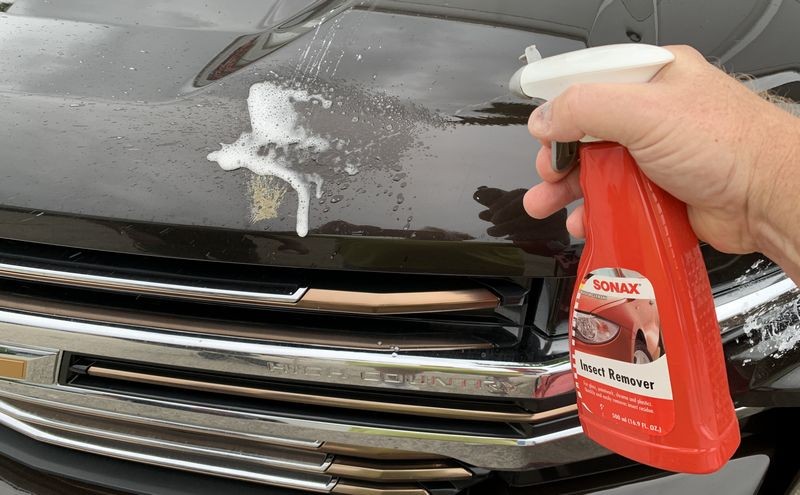 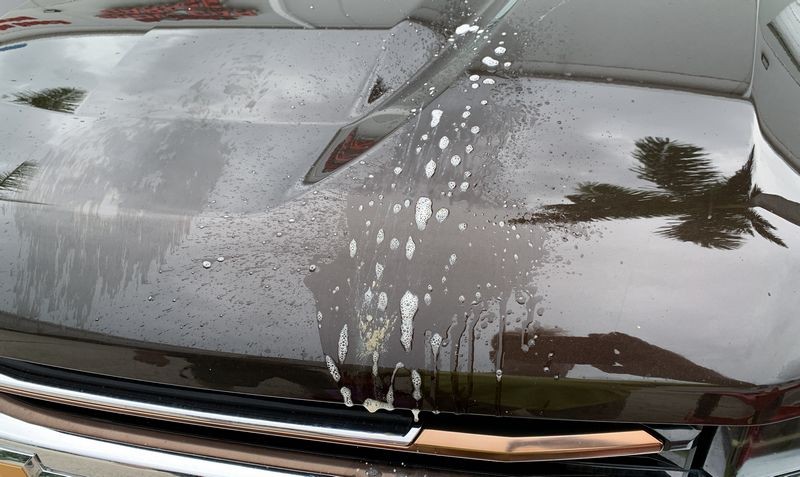 Turning solids back into liquids

As I stood there and watched, in a matter of seconds, the SONAX Insect Remover began dissolving and liquefying the bug guts. It was impressive to see. 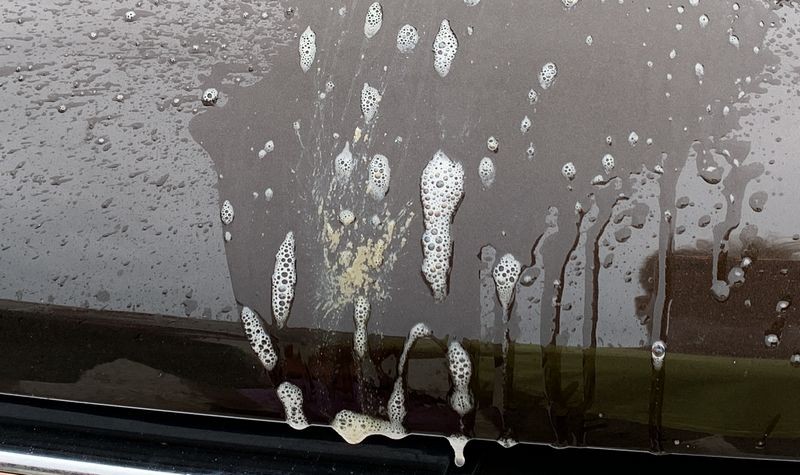 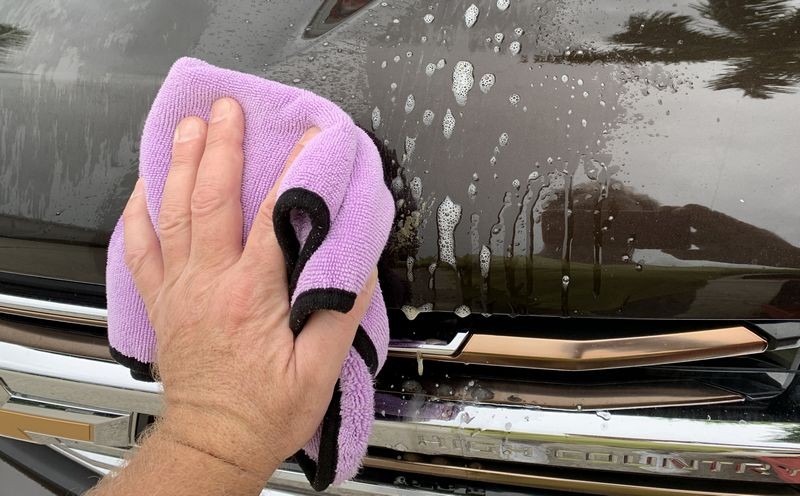 There's does not appear to be any chemical etching or staining to the area but there does appear to be a small chip in the area but if you look at the original picture, it's a few inches away from the impact zone. I'll fix this with some Dr. Color Chip while the truck is here. 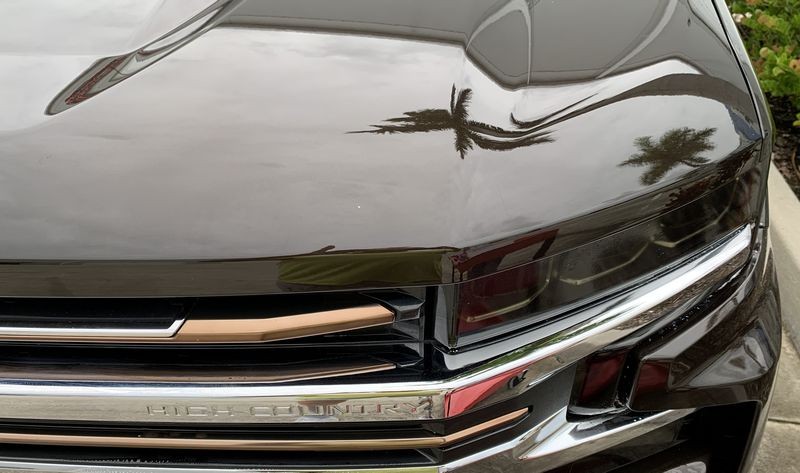 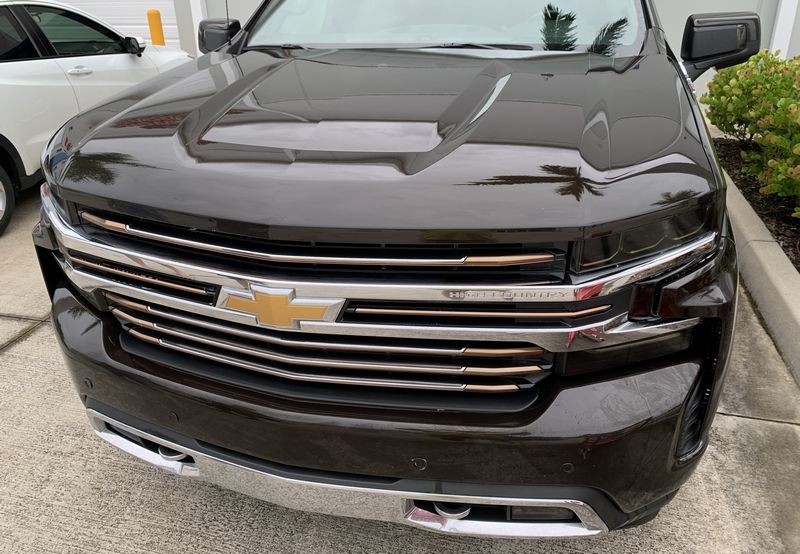 First - I've been to the SONAX company in Neuberg, Germany. They are HUGE. When I left Meguiar's they had 5 chemist. When I visited SONAX - they had 30 chemists! And one thing for sure, SONAX makes great products and also very SAFE products.

Second - Those bug guts were dried on hard like concrete. The massive size of the splatter zone was not just huge it was gross. I actually figured there would be some staining of the paint surface but luckily - nothing. I've used this product before and it's always worked great. But to spray it on and watch it immediately go to work dissolving the layer of dried bug guts was impressive. I would not have been surprised if it would have taken longer and/or if it would have taken multiple applications. But what you see in the pictures is the real-deal. I sprayed the product on, waited less than a minute and then wiped the paint clean, dry and shiny.

I've seen the damage bug guts will do to car paint. It's never pretty and it's rare you can simply do some paint correction and make the damage disappear. The best thing you can do is remove the offending, corrosive guts on the paint as fast as you can. Then ascertain the damage if any.

If you live in an area where you're all to familiar with what you see in the pictures above - then next time you're placing an order with Autogeek, get yourself some SONAX Insect Remover and keep it and some clean microfiber towels behind the seat for Bug Guts Emergencies!